The Long Wait is Over

The Long Wait is Over

For Gmail users around the world, the wait for the addition of the ‘undo send’ option to the Gmail platform is now over!

Enabling this option will allow you to “unsend” an email up to 10 seconds after you have hit the send button — Gmail just delays sending briefly so you have a moment in case you change your mind.

It can be incredibly frustrating to discover a typo just a split second after you have sent an e-mail but with Google’s new announcement, you will not be able to correct your mistake before the e-mail actually goes out.

Despite the fact that this feature has only just officially been launched, it has actually been in existence for a long period of time. The feature has lived in Gmail’s “Labs” area, which the company uses to test out new features, since March 2009.

Where Can I Find It?

The ‘undo send’ option now lives in Gmail’s settings under the “General” tab. It’s disabled by default, but is well worth activating if you have not 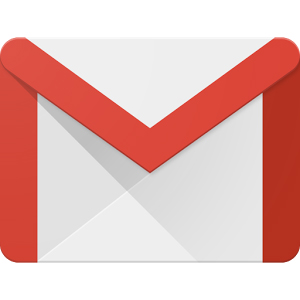 You may also be interested to know that Google launched another new feature known as ‘Inbox by Gmail’ last month.

Designed to solve the common problem of chronically overflowing email inboxes by sorting through your messages, along with filing less urgent emails and reminding you about the most important ones, it has caused quite a stir in the online community.

Would You Consider Switching to Gmail?

Does the introduction of these new features encourage you to make the switch over to Gmail? Below are some more of the beneficial qualities which are now available:

The ability to axe large numbers of less important emails

One of Inbox’s new features offers the ability to scan and sort any incoming e-mails. Anything believed to be important will be sent to your inbox whilst anything else will be sent to one of 7 different folders:

By adjusting the settings this new feature offers you the chance to designate parameters which will set certain folders to give you a reminder once a week or every 24 hours and perhaps best of all, mark as ‘done’ or simply delete entire bundles at once.

Pressing the snooze button on our phone or alarm clock in the morning is something that nearly all of us have a great deal of experience with!

Inbox now offers a feature which allows users to ‘snooze’ e-mails. Once a message has been ‘snoozed’ they will disappear into the relevant folder and be scheduled to reappear in your inbox time of your choosing, anything from later that day to tomorrow or even next week.

If you’d like to speak to us regarding any of our services, give us a call on 01883 372488 or contact us via Facebook and we’ll be happy to talk you through your options.